My alterations tailor in Rio de Janeiro is highly skilled, fourth generation in the profession, no less – but he had never heard of mohair, and flipped when I showed him my suit in the diamond fibre.

This made me think of those aspects of our culture which have crossed the Atlantic, and those which have not. All too often, in my 23 years in Brazil, I’ve had to work to extricate myself from conversations about early 70s British progressive rock bands.   And Queen… don’t get me started on that one. No one can understand that I would rather regurgitate my own vomit than spend a minute listening to Freddie Mercury and co. This kind of rubbish is inescapable over here. But our own brand of popular modernism, the backbone to so much British youth culture, is all but entirely unknown. 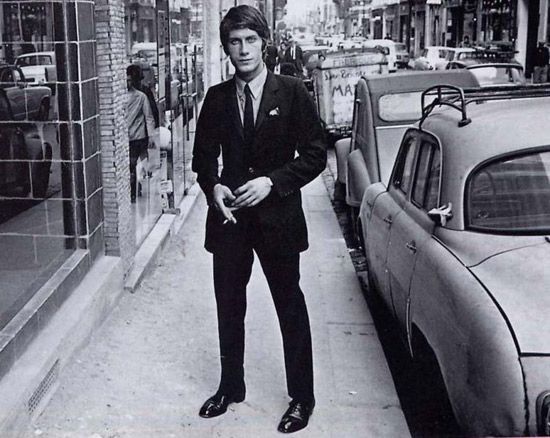 Tired of incomprehension, I’ve hit on a way to forge some kind of connection. There is, I believe, an interesting comparison to be made with modernism and Brazil’s own Bossa Nova movement.

Both emerged in the late 50s, sharing an obsession with being ‘modern.’  This, of course, implies a kicking against undesirable elements of the old order.  In the case of Mod this was the greyness and the lack of mass opportunities in old-style England, and the stifling limitations imposed by the class structure.  In Brazil it meant leaving behind an archaic, backward, rural past.  The country had urbanised quickly, creating a new, confident middle class whose youth wanted nothing to do with twiddly-twiddly accordions (Brazilian country music, incidentally, continues to be the country’s best selling genre).  They sought to create their own culture. It had to be urban, it had to be sophisticated, and it had to be ‘modern.’

Sixty years ago modernity inevitably meant checking out the United States. The starting point for Mod was modern jazz.  Those who made Bossa Nova got going a little earlier –  some of them came out of a Frank Sinatra appreciation society, and the record that had most influence on the development of the movement was ‘Her Name is Julie’ by Julie London – and especially the work of guitarist Barney Kessel, which formed the basis of Bossa Nova’s harmonic structure.

They were, though, doing much more than imitating.  Mod blended black American music and southern European style into a new, very British whole. And Bossa Nova was also innovating.  The outstanding figure in its creation was guitarist Joao Gilberto, who developed a way of playing the instrument that was subtle but also strongly percussive, with a rhythmic sense derived from slowed down samba.  Gilberto, once a big voice, hit the back of the stalls type singer, also came up with a vocal style where the words were softly murmured

And those words!  At the time many popular Brazilian genres were profoundly melancholic, two in the morning laments that ‘no one loves me’.  This had no connection to the new gilded (and tanned) youth of the urban middle class.  They wanted light, breezy, optimistic, ‘modern.’

One of the great early classics of Bossa Nova, my personal favourite in the genre, is Joao Gilberto’s ‘Desafinado’, written by Tom Jobim, the movement’s other great figure.  It is delivered from the point of view of an out of tune singer, and includes lines such as “I took a photo of you with my Rolleiflex, and it revealed your enormous ingratitude” –  funny, sharp and very self-consciously modern.

It was revolutionary –  which seems funny from today’s perspective, where Bossa Nova at times seems only two steps removed from elevator music  But this new sound was controversial.  Many did not get it. Those involved in Bossa Nova, like the first Mods, were the pioneers of a new sensibility.

Bossa Nova was not as all embracing as Mod.  There was little obsession with clothes, for example –  though at a famous Carnegie Hall show in 1962 Joao Gilberto would not go on stage until the crease in his trousers had been pressed properly.  True, there was an identifiable lifestyle element Bossa Nova reached out to the beach, with a sun, sea and sand, ‘life is good and it’s going to get even better’ state of mind.  Some of those involved were the first to get custom-made surfer-style shorts for use on their fishing expeditions up the coast. 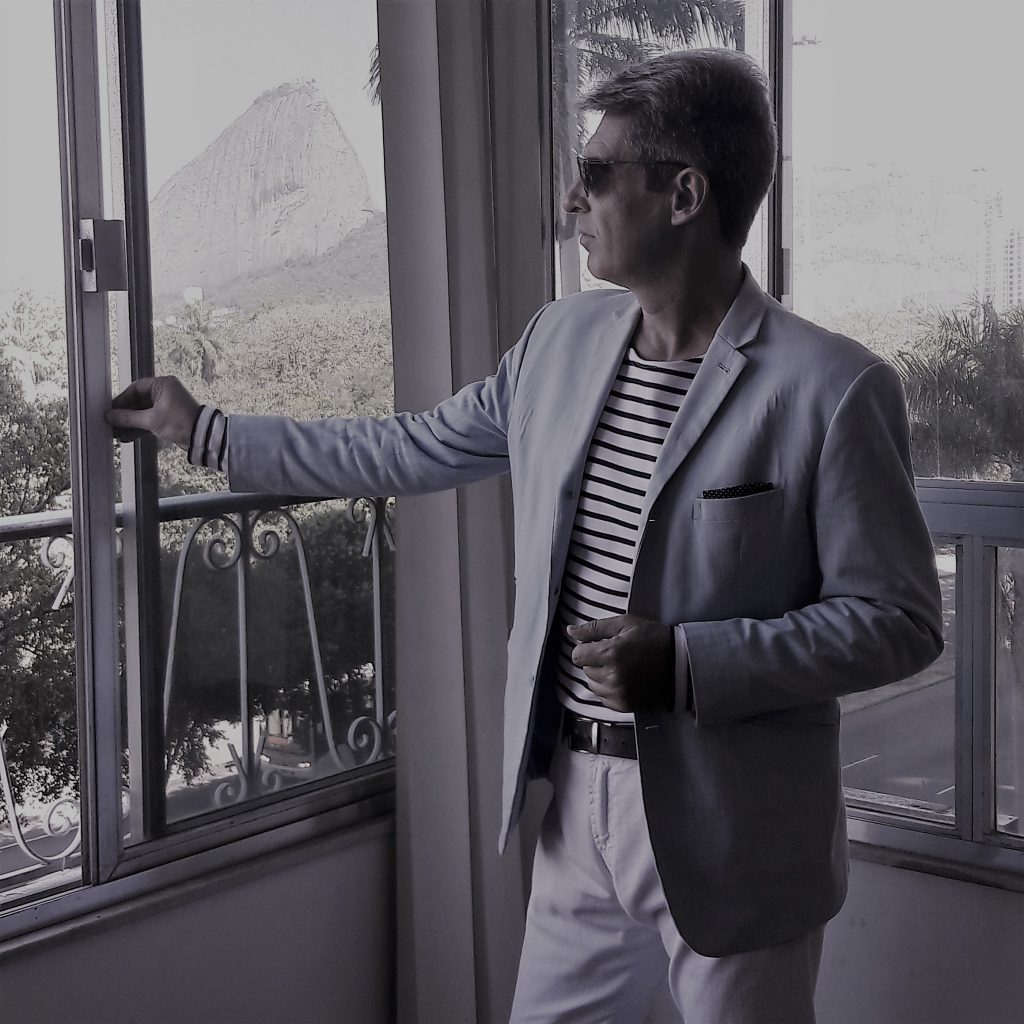 But there is an obvious problem here, and one that most differentiates Bossa Nova from Mod.  The lifestyle was open to few.  In Britain the massive advances of the Welfare State had opened the doors to unprecedented working class opportunities.  It was relatively easy for the aesthetic of Mod to start with a few Soho art students and spread downwards and outwards, continually transforming itself as it went.  But in Brazil, with its semi-feudal class structure, the barriers to movement where much higher.  Bossa Nova was born a middle class movement, and so it remained.

Moreover, Bossa Nova ran into a political wall.  Fidel Castro’s takeover of Cuba in 1959 put Latin America on the Cold War front line.  And in 1964 a left leaning, progressive Brazilian government was deposed by a military coup, backed by the US.A  The carefree Bossa Nova ethic now seemed out of sync with the times.  The movement split, and with both left and right trying to play the nationalist card, the influence of jazz was no longer welcome.  The new aesthetic – a catch all term going by the name of MPB (Popular Brazilian Music) ploughed ahead without such ‘imperialist’ additions.

This process unfortunately clipped the wings of Bossa Nova’s most promising offshoot –  sambalanco.  A generation of talented young musicians had absorbed the lessons of Joao Gilberto, with a samba base and the jazz touches, and were ready to let rip.  The vibrant, pulsating music they came up with, at once Brazilian and international, has much in common with some of the soul jazz coming out of the US at the time, especially on the Blue Note label.  Indeed, the Horace Silver classic ‘Song for my Father’ was inspired by a 1964 trip to Brazil.

While Silver was in Brazil, it is entirely possible that he heard Edison Machado, a kind of sambalanco Keith Moon.  My favourite from the genre comes from his 1964 album, ‘Edison Machado e’ Samba Novo’  a track called ‘Solo,’  a jewel to be enjoyed by Modernists and Bossa Novistas alike.

Big thanks to Tim Vickery (BBC south American football expert) from all at Pellicano. 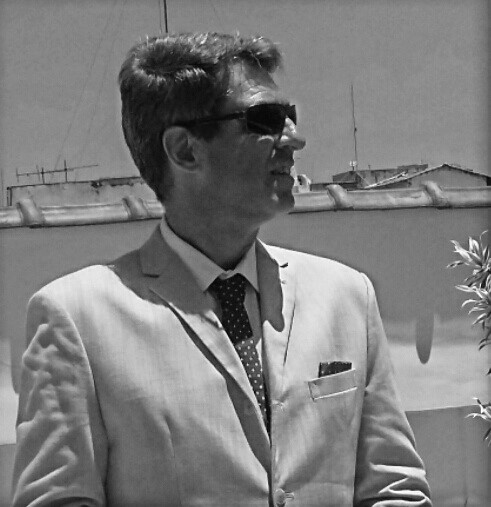 For more on Tim Vickery try
Twitter:
https://twitter.com/Tim_Vickery
And on TV
http://sportv.globo.com/videos/redacao-sportv/t/ultimos/v/tim-vickery-sobre-reflexos-do-ouro-no-futebol-mentira-util/5259719/