By Mr Tim Vickery – South American football correspondent for the BBC & friend of the Pellicano Funksters!

Now that so many of those long hot and disappointing damp squib summers have passed us all by, the time has come, I claim, to have another look at The Style Council.

Usually dismissed as some kind of wacky interlude between The Jam and Paul Weller’s solo career, perhaps The Council might be better viewed not only as a highpoint in themselves, but also as a pertinent comment on the best of our mistreated island.  They were Italian style and British swagger made vinyl and live show (or ‘Council meeting’), an indispensable way of getting through the 80s and an inspirational memory. 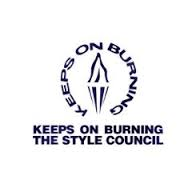 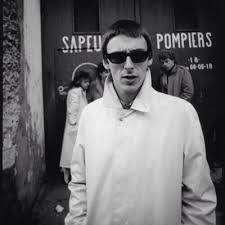 If you know you’re history, sing the football fans…. But if you don’t, then the past is not your knowledge and the present will always be your mistake.  The main criticism aimed at The Council – that of inevitably doomed attempts to play black music – could hardly be more ignorant.  Because for more than 6 decades the basic building block of all great British music has been black America, or Jamaica.  With that priceless combination of humility and arrogance, British musicians have both paid homage to black American influences, and also thrown in other elements, creating something new in the quest to tell our story.  The Style Council were firmly in that tradition 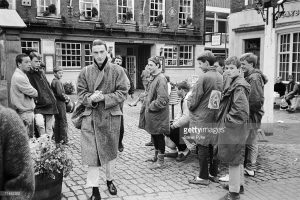 But it was a tradition, bizarrely enough, not understood by many who had come out of the Mod revival.  Some of the parka-clad hordes, perhaps confused by power pop and Quadrophenia, appeared to equate popular modernism with crashing guitar chords and lyrics of teenage confusion.  Weller, meanwhile, knew better.  Discovering ‘Absolute Beginners,’ reading and re-reading the Colin Mac classic (and who among us has not fallen into the same habit?) had taken him back to the egg.  The Style Council, above all else, were a celebration of the three separate components that made up the movement – black American music (modern jazz originally), southern European style and British context and attitude.  South East England’s finest were the new Europeans, a Paris to record stuff that made them sound like a local version of The Isley Brothers.

All of this  50s and 60s cultural effervescence had, of course, been made possible by post-war prosperity, by a country giving up its empire to spend on its people – which made The Council all the more important.  Like an alternative newspaper of the times, they registered the breakdown of the post-war consensus and the start of the process whereby neo-liberalism sought to strip back the conquests won by the mass of the population.  Popular modernism was a child of the NHS, council housing and so on, and The Council warned of the consequences of a world in which public was bad and private was good.

And while there were flirtations with jazz and Northern Soul, The Council avoided the all too predictable trap of the territory – they did not become conservative modernists.  There were flirtations – extremely poor it has to be said – with rap, and in 1989 came the promise of ‘Modernism: A New Decade’ – the album which the record company refused to release, effectively ending the band.

I well recall the Albert Hall gig in July 1989 when that album was showcased.  The thinking behind it was that the garage sound then coming out of the US was the new mod music, and the band embarked on this new direction.  It was one of the bravest shows I have ever seen – and also one of the best.  The gig has gone down in legend as a disaster, with fans ripping up their programmes in protest.  Some may have.  I loved it, and so did many around me.  But there was some confusion.  A Greatest Hits LP had just come out, and many may be have been expecting something more traditional.

Weller soon afterwards seemed to disown the show, and put it all down as a mistake.  Like all of us, though, he can be a prisoner of his own contradictions.  On the one hand he had to lead his audience, but on the other he has to have an audience – so the reaction to an unsuccessful move can be a ruthless change of tack, which is what we saw now.  With The Council gone he was soon mining a late 60s seam of Traffic and Neil Young – a direction which can still fit under the broad steeple of popular modernism, but which has seldom been as bold and exciting as the days when he broke up The Jam and was viewing the world with the freshness of an Absolute Beginner.

For more on Absolute Beginners  check out the article on ‘Modculture’

Check out more by Tim: 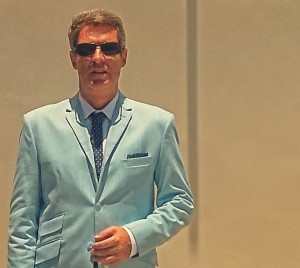