“Detroit ‘67”: the story of Motown in the year that the Motor City burned…

January ‘67 in Detroit brought some of the worst snowfalls the city had ever seen and these were powerful portents of the upheavals which were to follow as that chaotic, dystopian year unfolded. The violent social and political conflicts that set Motor City aflame form the dramatic backdrop to Stuart Cosgrove’s detailed study of the year that saw the making, and to some extent, the breaking of Motown, the most successful label in the history of soul music.

Sure, the central thread of this book, the first in Cosgrove’s “soul trilogy”, is the story of Berry Gordy’s all-conquering Motown label and the bickering, internecine rivalries and self-destructive legal battles which led inexorably to its implosion towards the close of that benighted year.  But it is about so much more than that.  In pulsating prose and deploying insightful familiarity with a cracking range of primary and secondary sources, Cosgrove depicts a city on the brink of anarchy sparked by mounting racial tension and conflict, deep-seated poverty, political corruption, crime and murderous violence. He charts, too, the impact of the wider geo-political and social turmoil engulfing America at the time: the Vietnam war and the draft (Detroit, owing to its proximity to the Canadian border, was a rat run for any boy gone awol or dodging the draft), the hippy revolution and the emergence of LSD as the drug of choice – all of which created a hyper-tensile cocktail of drugs and disenfranchised youth which only served to exacerbate the problems already busting the city apart.

The real stars of this multi-layered narrative are, though, the artists, producers, agents, and recording houses of the Motor City soul scene and the great songs they produced but, as this astute survey reminds us, these tunes are the people’s tunes and reflect this people’s experience of racial injustice, grinding poverty and the impact of a distant and increasingly futile war. This work has clearly been a labour of love for Cosgrove. He weaves together the stories he has to tell with passion, forensic detail and, at times, darkly wry humour. By employing a month-by-month structure, Cosgrove builds the tension unremittingly and manages the many strands of this complex work with balance and clarity. 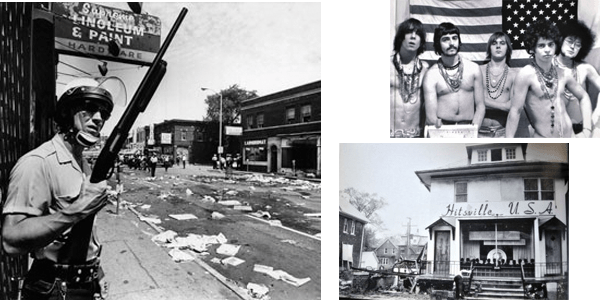 Apposite, atmospheric black and white shots of the key players and definitive moments punctuate the prose and add to the intensity with which he distils a sense of time and place.  A timely, masterful and necessary study of socio-racial conflict and the sometimes self-destructive energy and creativity behind great music, this book is essential reading for any one interested in a warts and all portrayal of the dark heart of the American 20th century or for any serious lover of popular music at its finest and most intensely demotic.

The Detroit classic button down from Pellicano  http://www.pellicanomenswear.com/product-category/detroit-button-down-shirt/ 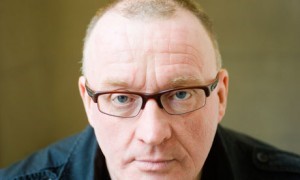 Stuart Cosgrove is from Perth, Scotland and is a television executive with the UK broadcaster Channel 4. A professional journalist and broadcaster, he was a staff writer with the black music paper Echoes, and Media Editor with the NME. He is a rare soul collector.