THE COUNTER CULTURE IS ONLY A BRETON TOP AWAY

My last post extolled the virtues of all things nautical and in particular the joys of the male winter coat par-excellence- The Pea coat. This week continues with the sea faring theme. Indeed not only is the Breton, which originated as a working top for Brittany fishermen, synonymous with the sea but it has also become a metaphor for all things French. Like the English bowler hat or the US cowboy boot it’s impossible to disentangle said item of clothing with the place of its birth; when we think of the Breton top we picture it alongside onions, berets, bicycles and the dodgy accents of ‘Ello Ello’. 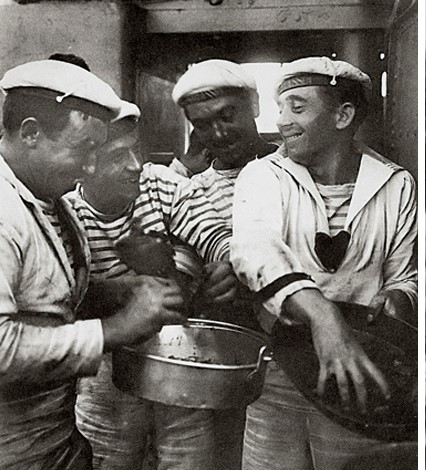 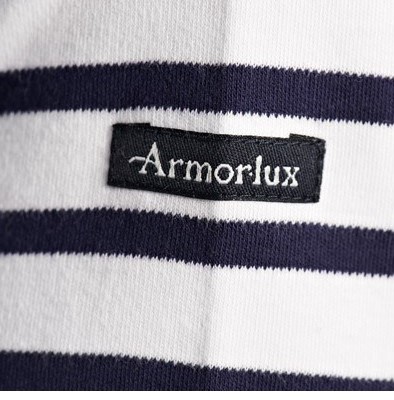 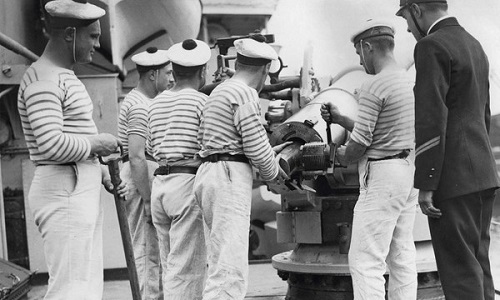 In a way the French only have themselves to blame for the power of the cliche. After all it was the Act of France in 1858 which passed the law that the Breton (or the Marinere as they call it) would become part of the official uniform for the French navy. Regardless of the fact that the Russians shortly followed suit the inherent French-ness of the Breton was confirmed. Even the stripes themselves are thoroughly linked to French history- 21 in all which represent Napoleon’s 21 victories. Indeed, the Breton’s journey to Navy wear to fashion icon was manufactured by the French Queen of haute couture herself Coco Chanel who, in 1917, made it part of her nautical collection. The result: the Breton became a key part of the female wardrobe in the interwar period with it being the item of choice for fashionable young women strutting their stuff on the French Rivera. 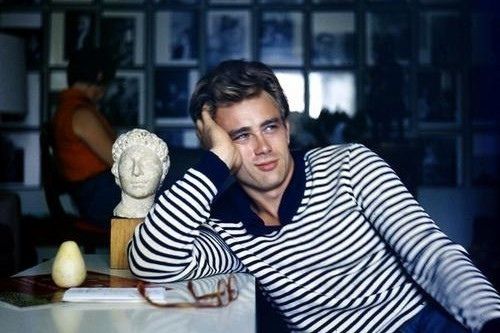 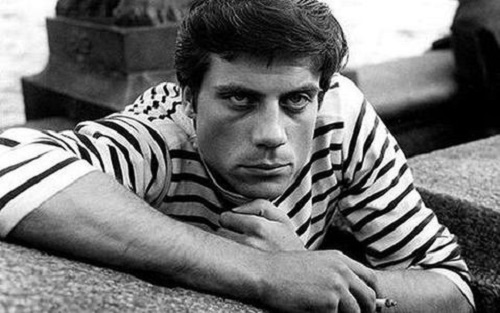 But hang on- female fashion?  Well, that’s the thing about the Navy. The clothing seems to be both utterly male while being simultaneously gender-less, or in hairdressing parlance- unisex. The reasons for this are hard to ascertain, possibly espadrilles, bell bottom pants, Breton tops et al. although items born of the rugged working life of the cruel sea also affect a carefree, shore leave, ‘I may have a yacht’ nonchalance which is perfectly suited to both male and female bohemians alike, sucking thoughtfully on Galoises in the seafront café bars of Cannes. Personally I think it’s the boat neck collar and looseness of fit that allows for the relaxed casualness of the Breton- stylish but unbuttoned: a working top for the underemployed. Hard wearing, simple yet somehow utterly sophisticated.

And, above all: enduring.

So much so that post war the Breton began a new life as item of choice for Duffel coat wearing Beatniks and counter-culturalists alike. 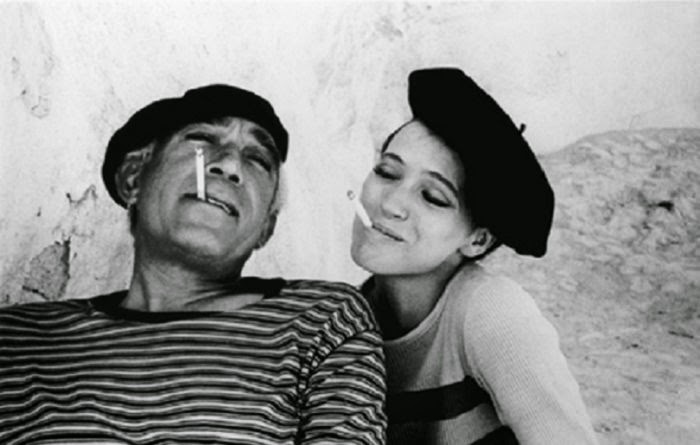 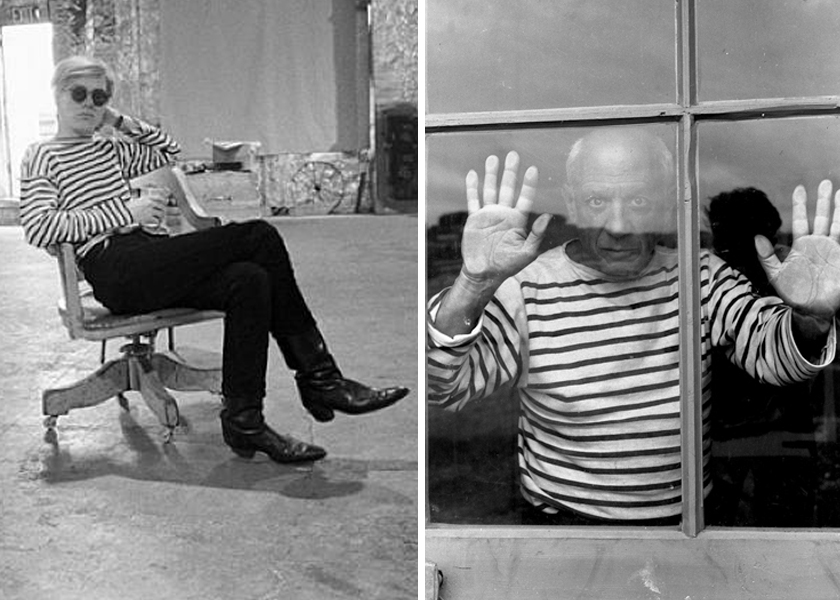 From Jean-Paul Sartre, to Pablo Picasso, to Andy Warhol the Breton became something rebellious, something different- dangerous even. In fact- Sartre and the other Jean-Paul (Gaultier who digs the Breton so much it’s the design for his perfume Le Male) aside- the reason for the Breton’s continued popularity resides not in French but, as is the case with many style items, but across the pond in Hollywood. By dressing Lee Marvin in The Wild One, and James Dean in Rebel Without a Cause in Bretons it became cemented as an item of non-conformity. Grunge God Kurt Cobain was never without his. 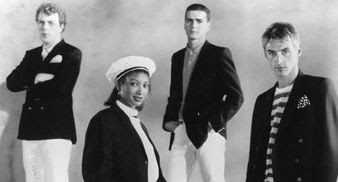 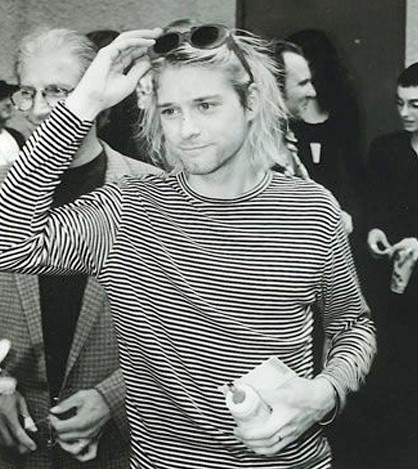 Paul and Kurt ‘rock the look’!

So, as with the Pea Coat- which is its perfect partner- the Breton is nothing if not versatile. Working wear, high fashion, existential angst and rebelliousness all in one it seems as changeable as the sea from whence it came. Not so much a fixed item of clothing but a mirror to the times in which we live. So, that’s why I’m going to bet my boat and predict the Breton is going to have a massive resurgence circa 2017- again as an item of (stylish) counter-cultural resistance. For, if 2016 was the annus horribiles for progressives (Trump, Brexit, Le Pen) 2017 has to be the time when we roll up our sleeves, get on the streets and fight back. In short- it’s time to earn your stripes and once again big up the Breton!

Another scribbling from Flash Harry for Pellicano Menswear 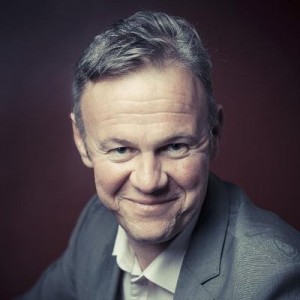 A selection of Armor Lux striped tees  and sweaters are in store now at Pellicano Menswear. 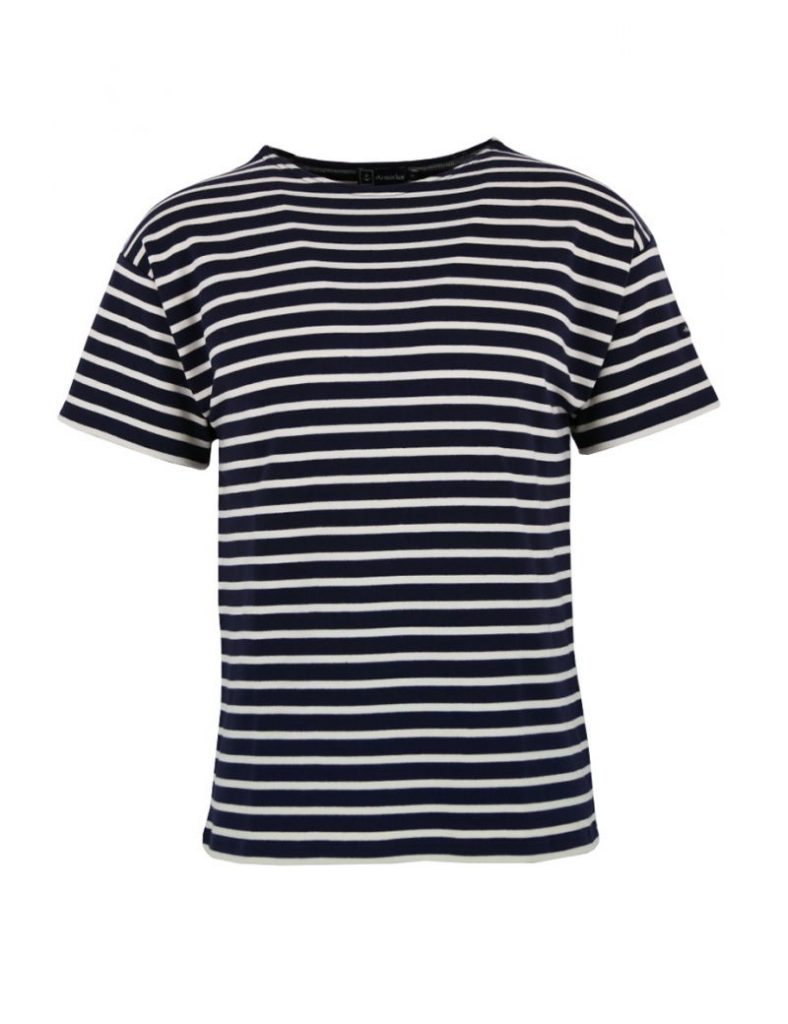 Earn your stripes. Breton: the ultimate symbol of French cool.